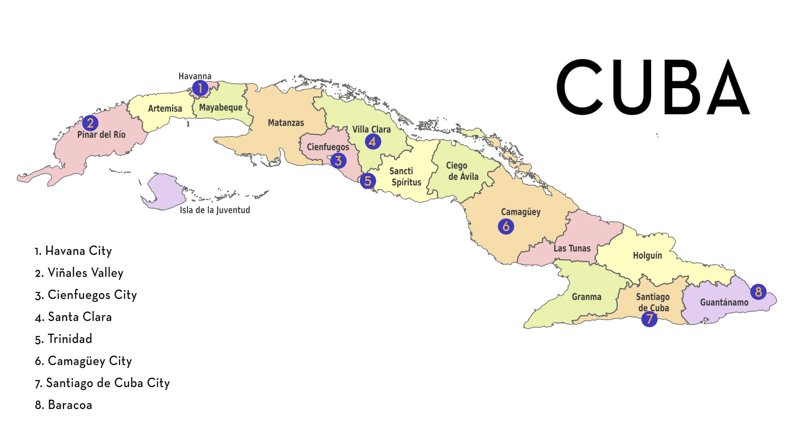 Explore and discover authentic Cuba with us. Below are only a small sampling of the many towns, vistas, and cities we visit through our Cuba programs. 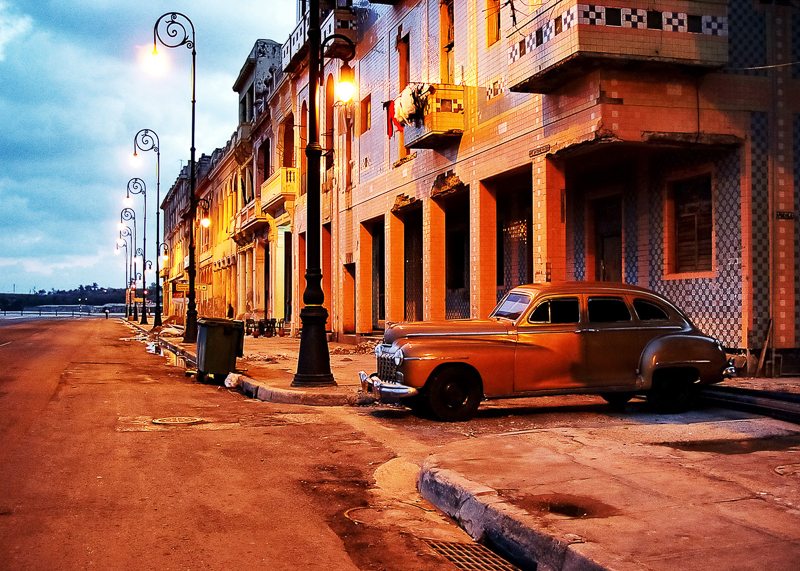 Havana is the gateway to Cuba; a city where life is shared and expressed on the vibrant streets. The neighborhoods are active and alive; you may experience an impromptu baseball game, catch a ride in classic cars of the 40s and 50s, glimpse laundry blowing in-between buildings like over-sized garlands amid a backdrop of magnificently decaying colonial architecture. Strolling at El Malecon offers a coastline promenade for sunrise solitude or prime people watching at sunset. While the time-warp scenery is visually mesmerizing, it is the heart and soul of the Cuban people that wake you up to be present, in the here and now. You will experience their pride, open-mindedness, ingenuity and warmth resulting in trip like no other. Image © Jorge Gavilondo 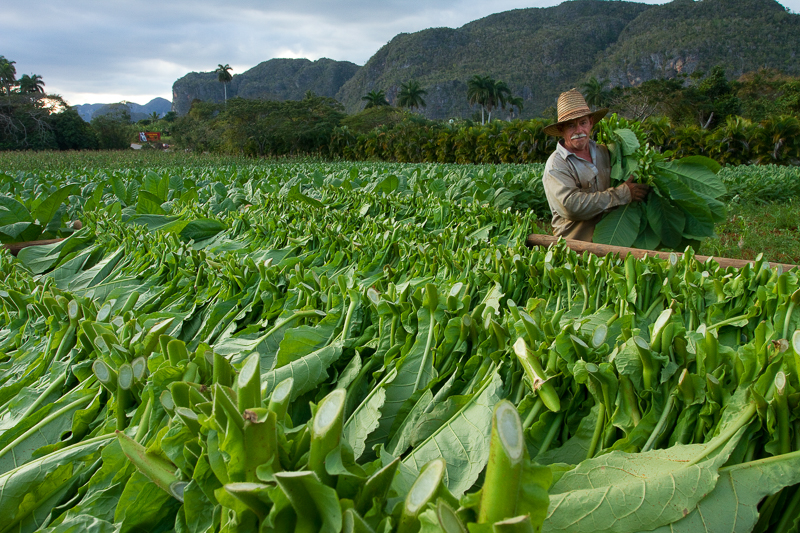 This area is a 2.5 hour drive from the hustle and bustle of Havana. An area of serenity with a bizarre other-worldly quality to the landscape due to limestone-formed hills called mogotes, that has withstood thousands of years of rainfall erosion. These hills pop-up thru the flat valley floor which produces a prime agricultural area for tobacco growing and farming. Viñales Valley is the main cigar-manufacturing region as well. This is a prime location for hiking, bird-watching, mountain biking and cave exploration. Image © Kip Brundage 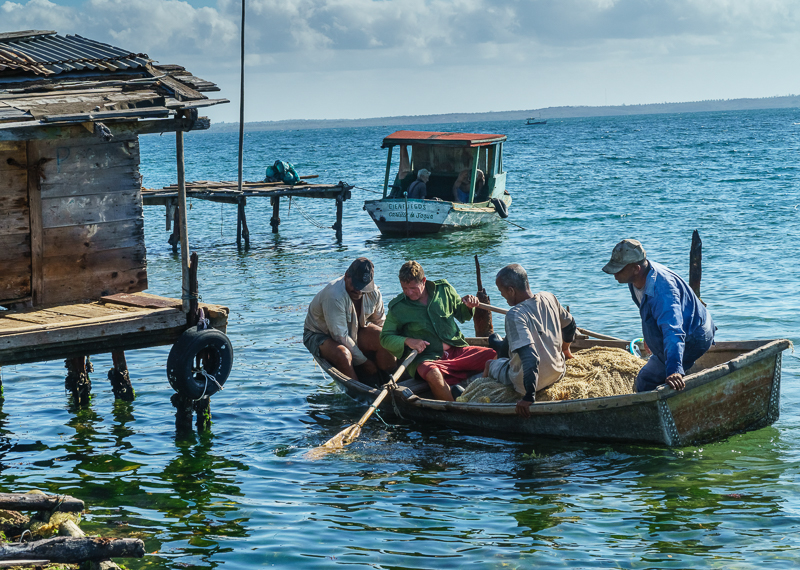 Founded in 1819, this is the only city in Cuba founded by the French. This city has a very European feel to it, contains significant universities, nationally renowned theaters and large, vibrant central squares. It is known as the “Pearl of the South” and famous for their innovative fishing community in the Bay of Cienfuegos. Image © Jorge Gavilondo

Very close in proximity to Cienfuegos on the eastern coast, this city is heavily connected to the Che Guevara story with many monuments paying homage to this revolutionary hero. Many theater and musical events are supported by a broad range of subcultures. This is a place to go to for picture-perfect beaches juxtaposed with a vibrant urban center. Image © Kip Brundage 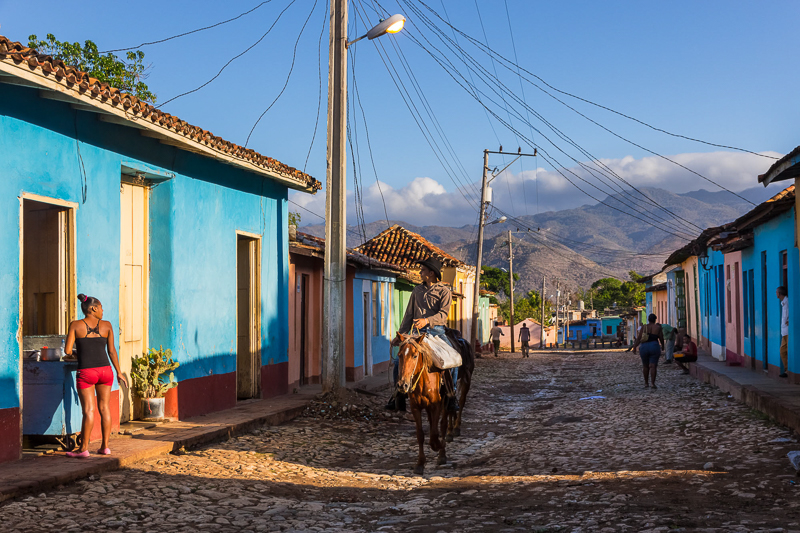 In the central region of Cuba, Spanish settled here in 1514 and over the centuries have created a historical showcase of colonial architecture with cobblestone streets and pedestrian-friendly center squares. The pace is slow with many traffic-free zones, horse drawn carts, and with an ambiance to award this city as an UNESCO World Heritage site. The local residents are especially entrepreneurial with many casa particulares, paladars, art & craft stalls and shops, private dance schools and more. This city is surrounded by many beaches on the west coat, scenic mountains, and a surrounding heartland that supports sugar cane and tobacco fields, along with many cattle ranges. Image © Jorge Gavilondo 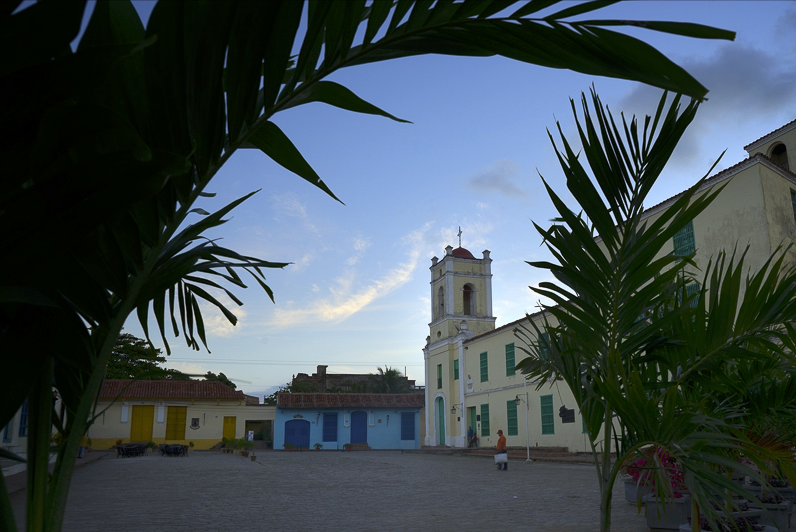 As you continue south from Trinidad, the next big stop is Camagüey. The city’s name is thought to originate from the Amerindian indigenous people’s word camagua, for a wild shrub common to the lowlands that’s believed to have magical properties. Also unique to this city, called the “City of Legends”, is its nontraditional windy streets and maze-like street system, no urban grid here! As you slowly wander and explore these narrow cobblestone streets, it will be fun to get lost for a moment; that was the original intention for this puzzling layout, designed specifically to confuse the marauding pirates back-in-the-day. Similar to Trinidad, this is an UNESCO World Heritage site, established in 1514 as well, and surrounded by the agricultural heartland of Cuba.

Traditionally, the whole of the country east of Camagüey is known simply as the “Oriente”. The three provinces that make up the northern Oriente – Las Tunas, Holguín and Guantánamo – form a landscape of panoramic pine-scented and palm-studded mountains rising from vast flatlands of sugarcane. Image © Kip Brundage 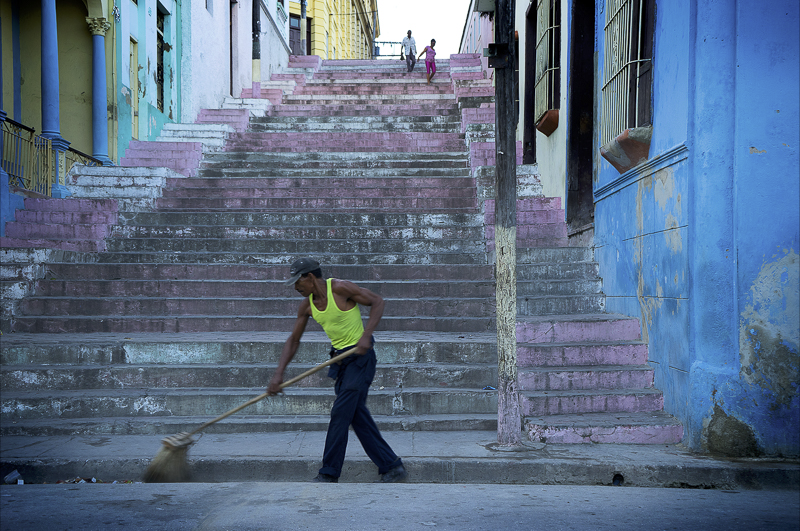 This is Cuba’s second largest city. For the history buff, this port city is the birthplace of the revolution and the final resting place of Fidel Castro’s ashes in the Santa Ifigenia Cemetery. For the music lover, this city will pull you in with live music in the streets! This city is considered the ‘soul’ of Afro-Cuban and Afro-Caribbean heritage expressed through music, dance and religion. This city takes pride as being known for the best Carnival celebration in Cuba, maybe even the whole of the Caribbean. Image © Kip Brundage 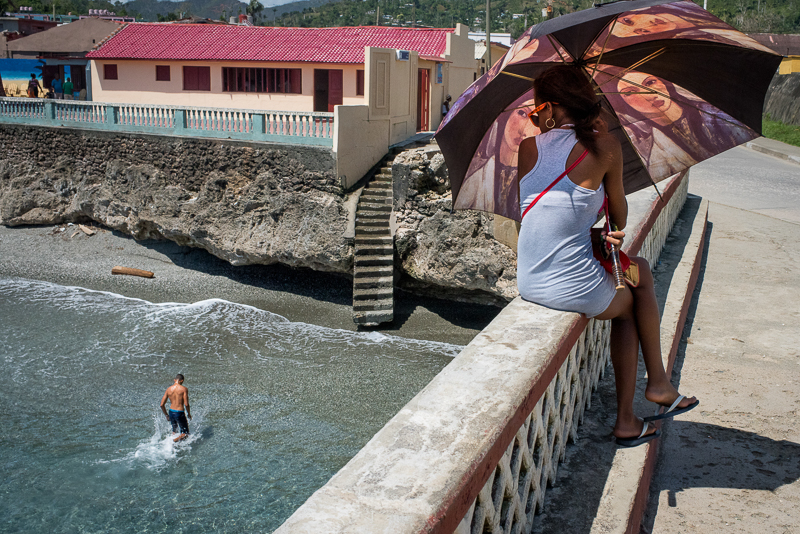 This is the most laid-back city on the island and anyone interested in nature, archeology, or geographical remoteness, this may be your place. Baracoa has the most pristine and beautiful countryside in Cuba, protected by a mountain range, Sierra Maestra that created a buffer zone from expansion and the flood of foreign visitors in other areas of the island. Also, this is the only place in Cuba where descendants of the indigenous Taíno can still be found. Their legacy is still present in the local legends, myths and food, such as sweet cucurucho, a mix of coconut, sugar, honey, nuts, guava, papaya blended together and packaged in a palm frond. Image © Jennifer Spelman